How was your weekend? #7

The alternative title for this post could be, “What my friend would write that I did this weekend if they were imagining they were me” and it’s based on a great idea which I picked up from Fiona James in a talk she gave at TESOL-SPAIN.
To begin with, each student writes a short sentence about what they did that weekend.  Then they all swap papers and have to continue the text, putting themselves in the mind of their friend.  Give them a few minutes and then they can exchange papers and discuss how correct the other person was.
Category: Speaking | 1 Comment on How was your weekend? #7

How was your weekend? #6

This is actually Steve’s idea, which was posted as a comment to the last installment of the “How was your weekend?” series.
Why not ask your students, “What didn’t you do this weekend?”
It’s an excellent way to get out of the repetitive rut of  football, computer games and hanging out with friends and can bring out a whole new range of vocabulary.  It encourages students to use their imagination a bit too, which is never a bad thing!

How was your weekend? #5 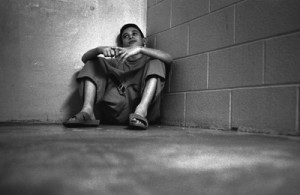 One day one of the students answered, “Nothing.  I sat in a corner.”  It seems to be a popular weekend activity, as it’s now what most of them spend their weekends doing.
What can you do when faced with an answer like this?  As I see it, there are two options: either get annoyed and ask them to answer you seriously, or go along with it.  Having seen that the first was going to be a waste of my time and energy, I decided to try the second – with surprising results!
Yesterday, one of my students told me that, whilst sitting in the corner of his house, he managed to assassinate Obama’s double who was in the White House, which has now been renamed the Red House because of all the blood.  The student was aiming to hit Obama (nothing personal, it’s their plan to kill all world leaders) but instead hit his double with a single head shot.
I can’t say I approve of his weekend activities, but at least now he has something to say at the start of the week!Picture from eji.org
Category: Speaking | 2 Comments on How was your weekend? #5

Right or wrong? Neither, actually.

I think one of the most important roles of a teacher is to give students confidence and we all know there are some who need it more than others.  Lots of students are shy, even when they’ve been with the same classmates for years and we need to encourage them to speak up and voice their opinions which are just as valid as those shouted out by the more boisterous students.
One of the main reasons for a student’s lack of confidence is the fear of being incorrect and the reaction of their teacher and classmates when that happens.  Although I doubt any teacher would severely punish a student for getting an answer wrong, that is the worst-case scenario which some imagine happening in their English class.
So, a great way to encourage students to speak up is to include activities for which there are no right or wrong answers.  Some I’ve already mentioned in my blog before : The Dog, My Ideal Pizza, A Faceless Stickman.Jane Arnold, a professor of ELT methodology at the University of Sevilla, is a great fan of introducing mental imagery into the classroom and this gives students the opportunity to voice their own opinions and ideas. 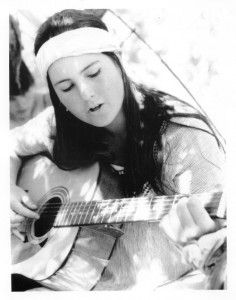 In one activity, she takes an interesting picture of a person and asks students to think of what questions they would like to ask him / her.  When they have thought of some questions, she invites a student to the front to be the voice.  I would suggest asking for a volunteer the first time you do it, giving lots of praise for their answers and encouraging them to be creative and express themselves.  Then in another class, ask one of the quieter students to the front.
Picture from media.tumblr.com
Category: Speaking | LEAVE A COMMENT

How was your weekend? #4

Here’s an idea which works particularly well to practise the past simple.  Give students a number of “Find someone who…” categories and say they have to find people in the class who did  things that weekend.  Check the question form before handing out the sheets and then when they have finished, get feedback from the class and at that point ask for more information.
Find someone who…
Category: Speaking | LEAVE A COMMENT