I definitely have a lot of ‘works in progress’ this year!  I’m still finding my feet with this group of 10-year-olds who are are much weaker compared to groups of the same age I’ve previously taught, but I feel as though the last couple of lessons have been more productive and that I’ve supported their learning more. 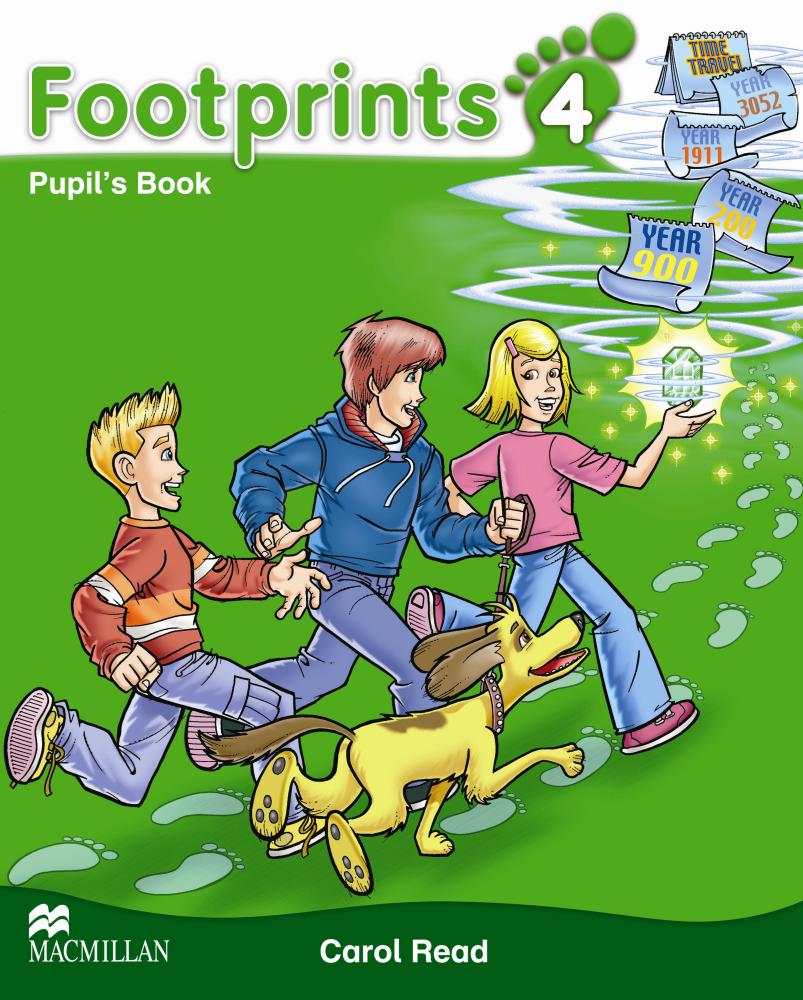 A new activity I’ve introduced focuses on questions each week as I found that they could easily produce “What’s your favourite…?” but struggled to produce questions with other structures and needed more support in understanding the meaning of different question words (‘who’ causes particular problems).

I’m also trying to slot in an activity each week to review much more basic language – so this week we played Bingo with numbers 1-20.  I’m also going to review prepositions of place as this can be problematic for Spanish learners anyway (in/on is generally en in Spanish and in front of sounds like en frente but it’s a bit of a false friend).

Also, fortunately, I’m being observed with this group tomorrow so I’m sure in the post-observation chat my colleague will give me some constructive advice, helpful tips and an outsider’s opinion of the group.

My next Fortnightly Focus is going to be on bringing more tech into the classroom as I’m eager to build up some more resources with Quizlet, Kahoot and Triptico. And, speaking of Quizlet, Sandy Millin shared an excellent blogpost she’d written all about the site which goes into incredible detail about the resources available and give links to sets which she’s produced linked to the CEFR scale – incredibly useful!

Before I get into the previous fortnight’s focus, here’s my focus for the next two weeks.  I’m struggling a little with a loud group of six-year-olds so I’m going to look into ways that I can control their energy levels a little better without simply resorting to more heads-down activities.

So, routines for higher levels and older learners.  Well, to be honest, I haven’t had many classes with my adult learners as yet as with one group we did start-of-the-year evaluations (this blogpost is partly a moment of procrastination as I don’t want to get back to marking their written tasks yet!) and another group only started on Tuesday so we’ve only had a couple of lessons.  However, I have put some routines in place with my PET group which I’ll adapt for the older learners too.

Weekly video – this is an activity which I successfuly used last year with my B2 adults and it’s working well so far with my B1 teens this year.  Each Thursday, one of the learners brings a YouTube video for the class to watch and prepares three comprehension questions about it.  The thing I like about this activity is that it allows the learners to share videos which interest them and can spark a lot of conversation as well

Quizlet – my colleague, Amy, introduced me to Quizlet last year and so this year I’ve started using it with the teens group.  I like the Scatter game, in which two teams compete to see who can match the vocab to the definitions more quickly

New vocab wall – I only introduced this to the B1 group yesterday, but with the promise of chocolate for participating, they seemed quite keen!  I stuck up a big piece of card to the board and made it look like a brickwall.  Learners can add new words or phrases to the wall (kind of graffiti-ing it)

Also, as I have two Cambridge preparation groups (B1 and B2), I want to work on the speaking exam more frequently, particularly the picture description and interactive tasks as I feel these are the two tasks which candidates struggle most with, but which they can easily do well in with a little training

And, speaking of exam preparation, I also have an ISE II group and with them I’d like to focus on using the different grammatical structures confidently when asking and answering questions, as one of the key points which has been raised in previous exam feedback is that candidates were often more than capable of showing understanding of different structures, but struggled more to produce them (either through a lack of accuracy or through offering more natural responses to the examiner’s questions)

Question formation is especially tricky for Spanish speakers given that they don’t use an auxiliary verb in their own language and subsequently don’t change the word order between statements and questions, a simple rising intonation suffices.

I do a simple activity called Guess the Question with my YLs to practise question forms and although I adapt the question each day to incorporate new language and structures we see in class, I’m still finding the activity a little limiting as learners are quick to ask the simpler questions, such as What’s your favourite…? and What time do you…? but struggle to think of more complex structures or more abstract questions.

In order to encourage them to focus on question structure, I’m going to do a similar activity to Guess the Question but as a pair activity rather than whole group and with another slight twist.  This time, one learner will have a card with a question on one side and starter-answer on the back, e.g. What time did you go to bed last night? / Last night, I went to bed at… They’ll hold up the starter-answer to their partner and read out the completed sentence, then help their partner to identify and form the question.  The reason for also including the start-answer is that they’re still in the first stages of exposure to the past tense and I want the focus of the activity to be on question formation rather than whether they can correctly conjugate the verb to answer the question.  However, after a few practices in this way, hopefully I’ll be able to take away the starter-answers. 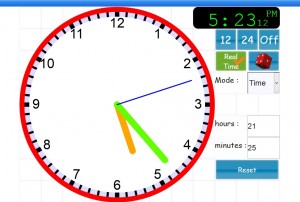 Wow, an incredibly uninspiring title for what is a fab little resource that I’ve just discovered to introduce and review the time.  You can drag the minute and hour hands to the time you want – quick tip, if you’re adjusting both the hour and minutes, move the hour hand first.    You can remove the digital clock by clicking off on the right-hand side or set the clock to show real time.  If the second hand is getting in your way, you can remove it by clicking on the drop-down Mode menu, then Style, selecting the box second hand and then clicking on the cross at the bottom of the colour palette.Great as an introduction to telling the time or for a quick review activity at the start of the lesson.

I’ve just discovered the British Council’s monthly blog topics and, as it’s October 31st and I’m still in time to blog about one of their October topics, here goes:

In the British Council’s new CPD Framework, being able to ‘describe how a lesson is linked to those before and after it’ is one of the elements in planning lessons and courses. Often called ‘timetable fit’, this is covered and expected on most teacher training courses, but it tends to become less thought about in day-to-day teaching. In your planning, how much do you plan for a sequence of lessons and incorporate recycling of previous language or skills into what your learners do?

Firstly, I would say that nowadays and in the short-term, coursebooks do a lot of this work for us.  Generally divided into units by topic, each section of the book builds upon itself incorporating new linguistic points and reviewing them through the unit.  The teachers’ book often provides a warmer which includes an element of revision from the previous lesson and in Cambridge’s Face to Face series, each double-page spread tends to include a question to review something from the page before. 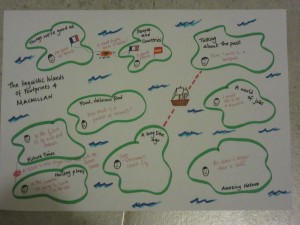 The lingusitic islands of Footprints 4 (Macmillan)

However, units within a book can frequently be seen as ‘linguistic islands’, with little reference to previous input when we move from one unit to another.  This is where it’s important for the teacher to build routines into their lessons which allow the recycling and revision of previous input.

I feel that it can sometimes be more difficult to review language as we work with higher levels where the input becomes much greater and more abstract.  For example, with a group of six-year-olds following a more lexis-based syllabus, we can easily review the input by playing games with the accompanying flashcards.  Also, grammatical structures with younger learners are more limited so it’s easier to encourage full sentences when working with the lexis.

That said, with older learners and higher levels we can use conversations to review language, for example by having some questions on the board for learners to talk about as they come in, allowing us a moment to monitor and check comprehension and production.