We’re starting to look into blended learning at Active Language and whilst chatting about it the other day, I remembered a colleague, John, mentioning EDpuzzle.  This site allows you to add questions and comments to YouTube videos (and perhaps does other things though I haven’t explored it fully yet!).  Here’s my first attempt at using it – unfortunately you do need to sign up to use it, although you can log in with your Google account.  In fact, part of the reason for embedding it here was to see if it could be accessed by the class without needing to create an account – I don’t like obliging people to sign up to things.

Today our B1 group looked at describing images in preparation for their PET exam.  This structure gives learners the prompts they need to keep speaking for a minute and we also looked at language for speculating to give them more range. 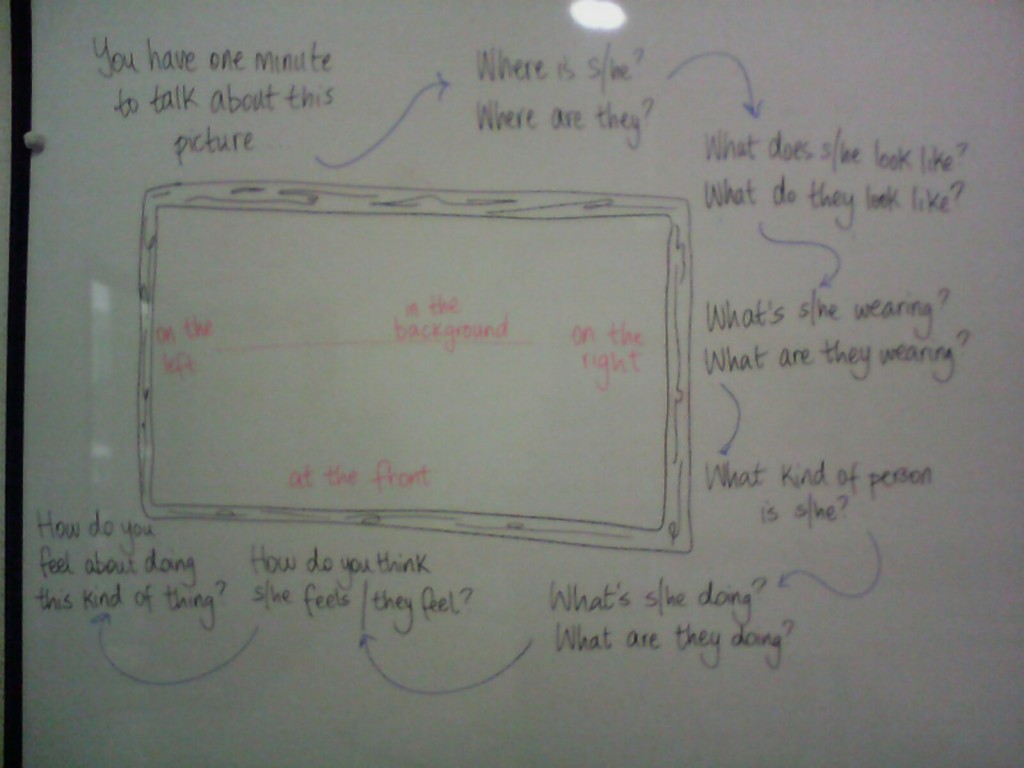