Here’s a fun alternative to a Mariah Carey gapfill for your last lessons of the term. 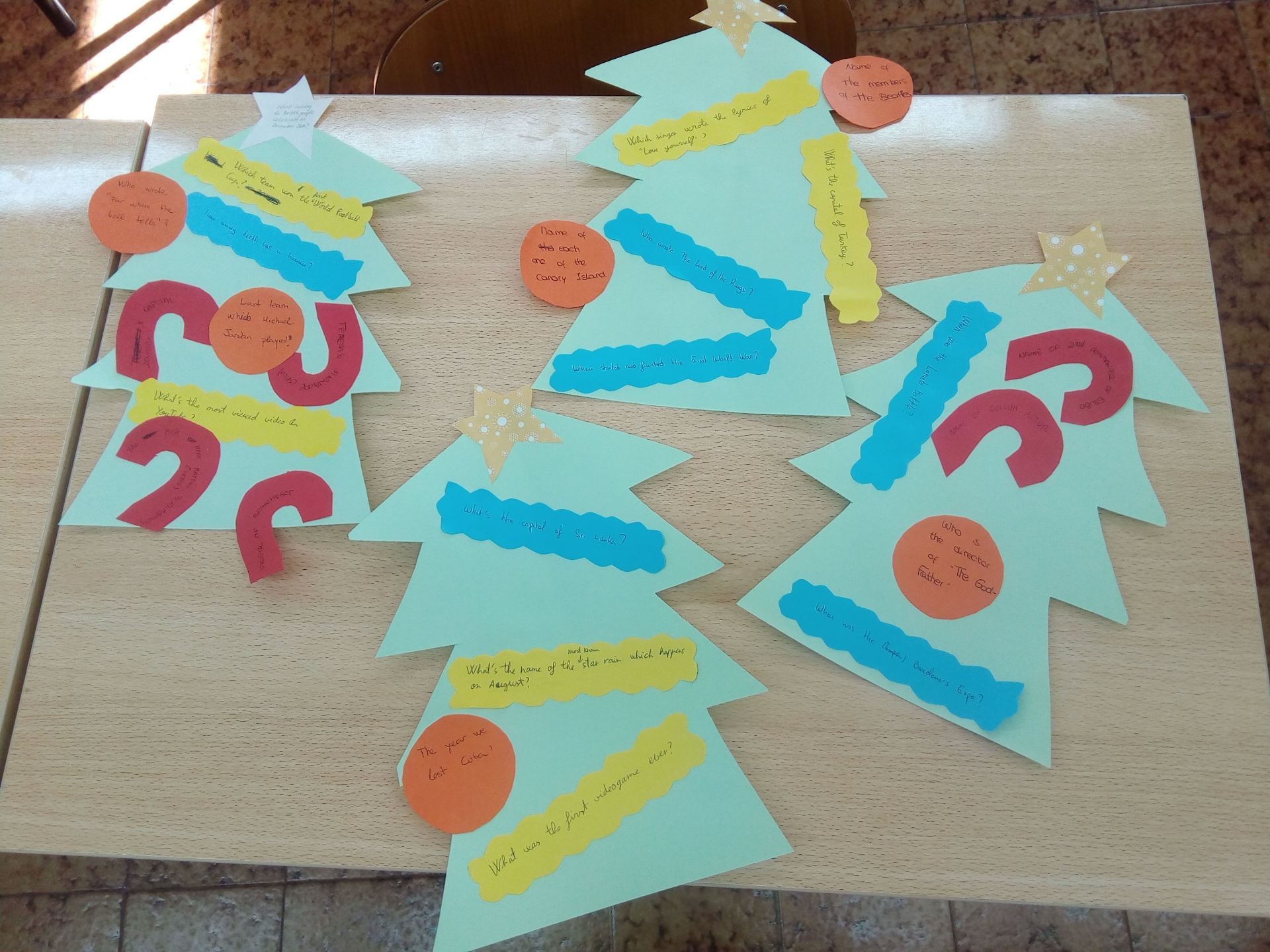 Decide how many teams you’ll have in the class and cut out a tree for each one.  Then for each team, cut coloured paper into a different decoration – this can be a little labour intensive, but it makes the trees pretty!  Ideas are: baubles, candy canes, bells, tinsel, stars, stockings…anything festive!

When the questions are ready, it’s time to play: the first time chooses another team to ask them a question; if they get it right, they stick that decoration on their tree. If not, it can pass over to other teacms and, if nobody gets it, the team which asked the question gets to keep the decoration for their own tree. 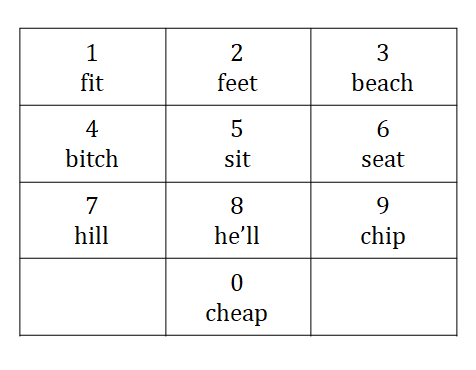 An alternative to a board rush

For a recent trainee’s lesson, the TP points originally said to do a board rush to activate schema around the topic of jobs.  Unfortunately, between writing the TP points and talking them through as a group, we decided to change rooms and the new room’s layout meant that a board rush would have been a little tricky.  So, when we talked through the lesson, we discussed alternatives and settled on the learners writing down jobs starting with each letter in pairs and then a bit of feedback on some interesting jobs which they came up with.

In the end, the teacher decided to do feedback on all the letters of the alphabet which in many ways was fabulous as it gave the learners a chance to share their previous knowledge and allowed them to introduce new lexis to classmates.  However, it did make for a slightly longer engage stage which meant the teacher was left with less time for later tasks – this wasn’t a problem in terms of aims achievement, but he had prepared a wonderful picture dictation which there unfortunately wasn’t time for.

In feedback on the lesson, which is done online as it’s a part-time CertTESOL course, I asked the trainees what they would have done differently in order to maximise time and materials.  They came up with some good ideas and one trainee mentioned an alternative way of doing a board rush which I’m going to steal for this blogpost (thanks, Val!).

She suggested having the alphabet stuck up around the room, either with alphabet flashcards or on pieces of paper.  Learners could then move around the room and add jobs to each letter, either by writing them directly on the paper or sticking post-its on.  I think this is a great way to do an alternative board rush as it means that everyone is involved, rather than the two or three people who can squeeze up at the board on a good day, and still involves the kinaesthetic element of getting up and about.  You could still have the competitive element too – either assign certain pen colours to individuals on a team as you probably would in a normal board rush, or use differnt coloured post-its (though be careful of cheats who may remove words!).  Another bonus is that the lexis can be kept much more easily – often board work is fleeting, rubbed off in preparation for the next task – unless of course you’re a die-hard #ELTwhiteboard fan and take a photo of it!

Category: Vocabulary Activities | 1 Comment on An alternative to a board rush

There’s been a lot of discussion in the British educational press recently about the benefits of gamification – I particularly enjoyed this blogpost from The Behaviour Guru, Tom Bennett.  That said, in my last fortnightly focus, I decided I wanted to create more interactive resources for my teen and adult learners. 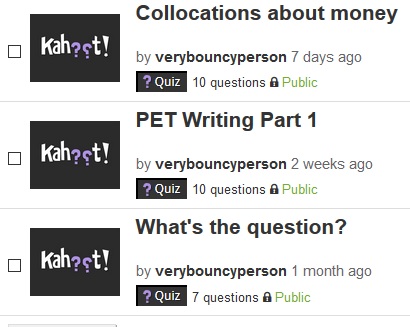 My adolescent B1 group really enjoy both Kahoot and Quizlet – with Kahoot, they use their own devices, generally in pairs and like the competitive nature of the game.  I’ve created a couple of Kahoots with them – one focussed on question formation, whilst the other mimicked a PET writing part 1 task in which candidates have to paraphrase a sentence.  They were engaged, focussed and everyone participated – though in all fairness, they’re a wonderful group and a pleasure to teach and generally appear outwardly content whatever the task!

They also enjoy playing the Match game on Quizlet in teams – we divide the class into two teams and write up the score of the first team to see if the second group can beat it.  This is an effective activity if you have sets with quite a lot of language in them – too few words/phrases and the same words crop up in both games, putting the second team at an advantage. 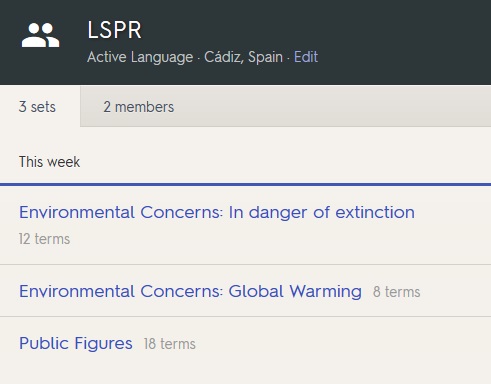 So far, with the teen groups, we’ve only used the sites during class time and one of the problems which I have with many edutainment/eduresource sites is that they require learners to create an account.  Even if this is free, I dislike asking people to create accounts because I know that even if your information isn’t sold to a third party, you’re still likely to receive the odd annoying message from the site itself.  So, for my adult B2 groups, I’ve created a dummy account for Quizlet, meaning that they can go in and use the sets I’ve prepared, without needing to worry about receiving spam messages or remembering yet another log-in/password combination.  My adults seem quite taken with Quizlet – I explained that I felt it would be more engaging than me simply giving them a list of topic vocabulary and we looked in class together at how they can use the sets.

However, I’m as yet unconvinced of the educational value of Kahoot for my adults – though this could be because I’ve only used it once, it took a while for everyone to log in (which felt like wasted class time) and, again, with a very motivated and engaged group it felt a little unnecessary – yes, it was a fun activity, but it took as long (possibly even longer) than it would have done had it been done on paper and, at the end of the task, they didn’t immediately have any tangible result of it.  Though we then went through the language which had been included (collocations relating to money), I noticed that they seemed less able to recall the correct answers – probably because they had played the game at speed and so hadn’t had the time to assimilate the collocations.

I’ll give it another shot though – I think the last time I was probably a little more focussed on the edutainment factor and had created the Kahoot without really thinking about how and when I would use it in class – staging is essential when we consider any material and I lost sight of that in my eagerness to use something shiny and new.

OK, my next fortnightly focus is on phonology – I need to be more proactive in my teaching of it as I’m very able to work reactively – correcting mispronunciations and writing up the correct transcription on the board, working on intonation with my VYLs – but I know I need to become more aware of it in the planning stage.  Also, have you seen the recent lesson plan posts by Sandy Millin and Elly Setterfield?  Sandy’s image of her plan for a single lesson has shamed me into rethinking my own planning style…there might be a blogpost in there somewhere in the future! 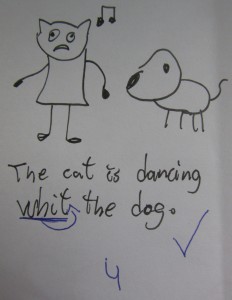 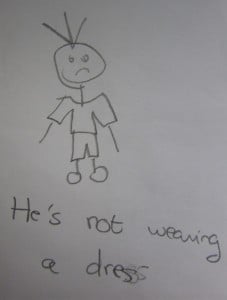 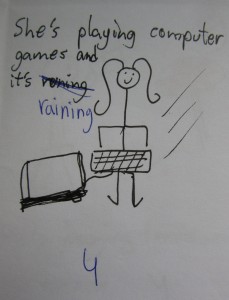 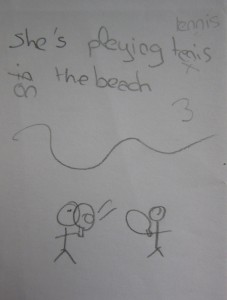 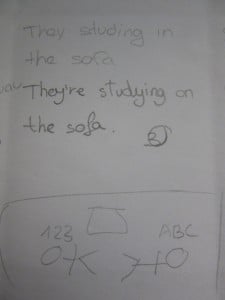