Although it is Wednesday and two weeks’ after my previous fortnightly focus post, there is definitely a large amount of procrastination going on as I write it!  We’re in exam week at Active Language and as well as a pile of marking to do, I also have three sets of reports to write…so I’ll try to make this brief and then undoubtedly look for something else to do, like the dusting!

Here are my thoughts on three different approaches we can take to marking learners’ writing and some advantages and disadvantages of each.  These are very general comments, as in each case the response of the learners to the different style of assessment will depend on many factors, such as their level, age, interest in learning English and motivation to improve.

Old-school – learner hands in text, teacher grabs a pen and marks it

Totally techy – Learner emails word document to teacher, who replies with feedback in the form of a Jing video plus returns a corrected or annotated version of the text

I’m going to leave it there for now as I would like to get some reports written before #ELTchat tonight!  So, a bit of a repeat for this fortnight’s focus as I’m going back to basics with classroom management with my tricky 10-year-olds – baby steps in each activity, with copious amounts of points…let’s see how it goes!  There are only ten of them in the class, but the range in level, motivation to participate and ability to control themselves is incredible. 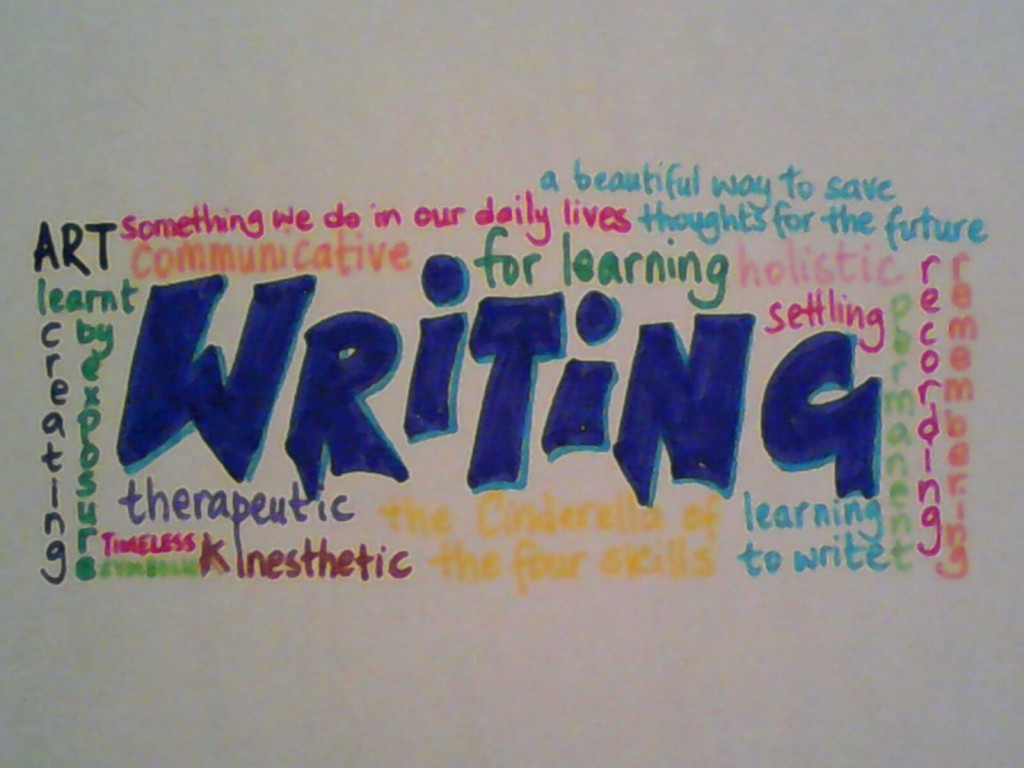 Inspired by a talk by two wonderful colleagues.
I’ve been thinking recently about how much of what we read digitally can be manipulated – cut and paste, quote, mis-quote – which makes me think about the beauty of writing with a pen and paper. It’s much more permanent, much more difficult to edit and can show how you’re really facing the world at that moment in time.

I recently attended a talk on writing, given by Chris Johnson who’s currently based at St. James in Sevilla. He gave some excellent tips on better preparing learners for writing and I decided to use some ideas from his talk in my B1 lesson today.  Here’s the plan:

As most learners are familiar with Little Red Riding Hood, I used that story as a starting point, as Chris did in his talk, and asked the group to work in pairs and tell each other what they could remember from the story. We then briefly analysed the story using Hoey’s SPRE formula:
Situation – the where and when, setting the scene and introducing the main character
Problem
Resolution
Ending (originally this is Evaluation, but I felt for the purpose of this activity it would be better to use Ending)

We discussed how this formula can be useful when writing texts and compared other stories in which it has been used.

Learners then looked at two sample answers from the PET handbook in which the candidates had written stories with the title A Lucky Escape and linked each SPRE stage to the text.    We discussed how the SPRE formula is a good basis for writing a plan before producing a text and talked about what notes the candidates could have made against each stage to help them construct their texts.

The production stage has been set for homework and learners took away some linking devices to further help them organise their texts. 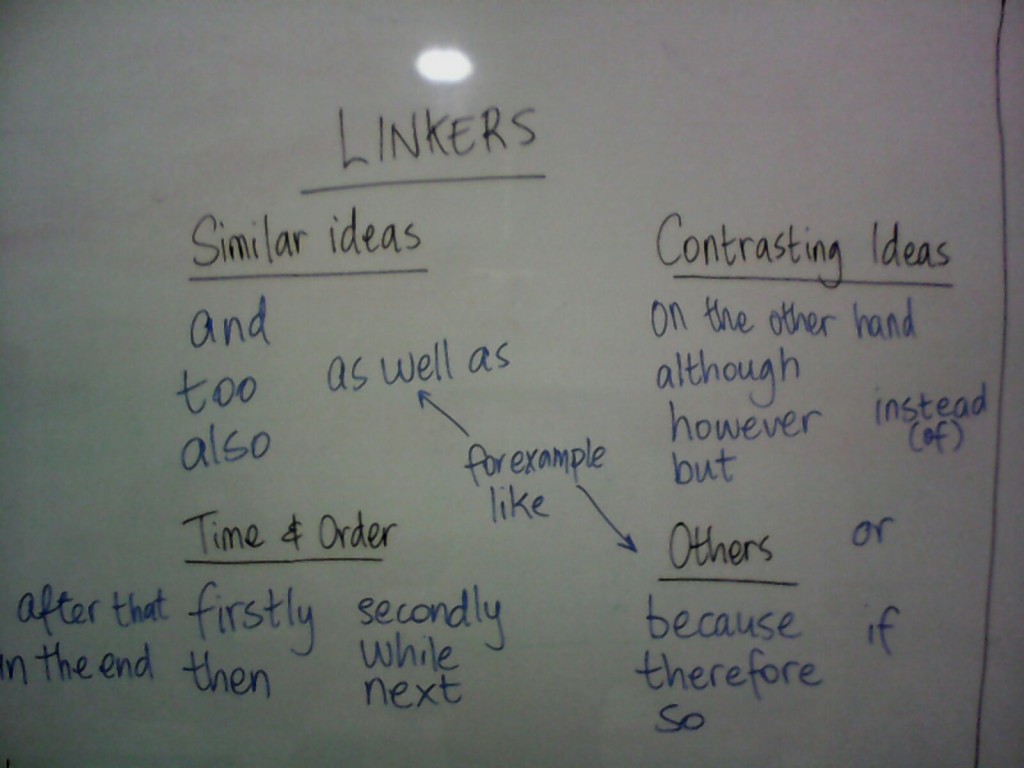 A few years ago at TESOL-SPAIN, I saw a great talk by Catherine Morley about using dictation in the class.  She demonstrated a number of activities and one which has always stayed with me is “A 2 Day in 5“.

I created my own version for a group today as we were doing a reading activity related to aliens.  Here goes…

I did quite a fun activity with a couple of groups today – it’s a mish-mash of a dictagloss and a circle activity which a former colleague, Richard Whiteside, once told me about…here’s the activity…

Divide the class into groups of 3-5 students and give each group a piece of blank paper and a pen.  Explain that the activity is like Pass the Parcel, but instead of music, you’re going to be speaking; and instead of opening the present, they have to write a sentence*.  The students start passing the paper and pen round and you repeat the first sentence of the dictation, perhaps 4 or 5 times.  Then stop and the students write it down – the rules are that only the person with the pen can write that sentence, but anyone in the group can help.  Keep doing this until you’ve dictated the whole text.  Then nominate students to read out each sentence and do whole group feedback; students could also check their answers with another group first, or swap papers and correct another group, etc.

Although at times students are so fixated on passing the paper that they don’t really listen to the sentence, it is interesting to see what they pick up and how they transform the original.

*OK, so perhaps don’t tell them it’s like Pass the Parcel as you’ll get their hopes up only to dash them to smithereens!