What’s up with WhatsApp? – an #ELTchat summary

Slightly belated #ELTchat summary here – it was a really interesting chat back at the end of January and I offered to write the summary in full knowledge that I wouldn’t get around to it for a couple of weeks. 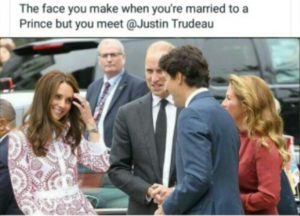 I find it crucial that students immerse in the language outside lesson’s times. Due to that, I have created ( with their authorization) a Whatsapp group to share tips, interact, ask questions and challenge them. I have chosen Whatsapp because all my students use it often and we usually communicate through it.

In order to build good rapport and encourage them to use English, I try to use humour to get them motivated and willing to participate in the group. In this activity, I sang a few seconds of a song I was listening to on the radio and challenged them to tell me the name of the song. It was fun and interactive, they took part and mocked me, which was my original idea.

There were mixed experiences among the chatters of using WhatsApp – some had no experience, others had used it to varying degrees, for example to send messages or share information.  I’ve found it to be a useful tool for practising Cambridge Main Suite picture descriptions – learners google images and then send you the one-minute recording.  You can then respond with audio feedback which gives them good listening practice too.   Another option for using images is “phrasal verb photos” – nominate a learner to send an image and sentence to the group showing a phrasal verb.  Marisa_C said she liked the idea of “selfie” tasks – something which a learner could do individually and send for feedback (taking a photo – either a selfie or of something else and commenting on it, reciting a poem, etc).  Sue_Annan added that they could take photos of logos to kick off a debate about  business design – great for a business English class; cecilianobreelt suggested a caption-writing competition for a crazy photo and naomishema said that she’s sending learners superlatives and they need to respond with a picture for each.

Also, it’s great for sharing audio files – learners can listen at their own pace either during the class or at home; or for sharing tasks and/or audio with those who were absent.  And, on the topic of audio, it’s great for learners to send you snippets so you can correct their pronunciation, which is one thing DavinnaArtibey does.  teachingright shared an idea for learners to construct sentences from emojis – one person send four emojis and the others try to write a sentence with them.  You can also read about eltjam‘s Amé app via which learners can ask questions about English.

We talked about the ease of BYOD – learners can easily use their own devices for webquests and you can easily share links on WhatsApp which means you cut out the awkward moment of trying to copy a URL from the board or other source.  jorgeguillen also said that it can be useful for promoting learner autonomy if we send them answer keys and encourage self- or peer-correction and error analysis.  Furthermore, any platform like WhatsApp has the benefit of encouraging learning outside the classroom and it can be used to send daily tips for further development.

There were questions raised as to whether WhatsApp was any better than alternatives such as email, edmodo, padlet, Google Hangouts, GoogleKeep or facebook and we discussed how in some countires WhatsApp may be used more frequently and so it’s seen as less of a bother for learners to use a platform they are already familiar with, rather than asking them to sign up to another learning platform.  There were also queries over privacy and boundaries, with some teachers sharing stories of the platform being abused or the dangers a teacher could face having 1:1 contact with a learner.  naomishema said that some learners may protest if they are already members of various other groups.  We also talked about how many schools have strict no-phone policies and EdLaur added that WhatsApp is officially only for over-16s.  An option to combat misuse would be to agree the terms of use as a class when setting up the group, as we might do with a classroom contract to encourage good behaviour.

Some great quotes to end on:

Tuition on any platform is only as good as the thought, prep, delivery & relevance to Ss’ needs – tom_flaherty

You can read the full transcript here.