Pronunciation through trial and correction

OK, still thinking about the Silent Way and how you could effectively teach lower level learners using this technique, I was starting to think about how individual words which students may not be familiar with at first would be introduced into the lesson.

Something I’ve noticed whilst teaching in Spain is that students often become confused by the pronunciation of words when they see them written down.  I was also told that it was better to familiarise (especially younger) students with the pronunciation of the word over a period of time before showing them the written form; so we would spend a couple of lessons working with the flashcards and perfecting their pronunciation of the word (which tended to be more focusing on whether they remembered the word) before they saw it written down.  And what happened? 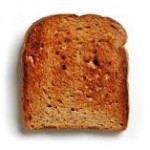 So, why not just show students the word from the start so that they become familiar with the word toast being pronounced /təʊst/?

If I were to use the Silent Way to teach on a regular basis, I would have to teach students new vocabulary and so perhaps it would be better for them to have a guess at how the word is pronounced first.  If they are correct, they will feel quite proud of themselves, I would imagine.  And if they are wrong, it will be time for me to open my mouth and correct.  I think that as long as you keep a note of any words which cropped up which they had difficulty with, you could take a minute or two to revise them at the end of the lesson – as you would with any problem words or new vocabulary which crop up during a lesson.

Posted July 25, 2012 by Teresa Bestwick in category My thoughts

1 thoughts on “Pronunciation through trial and correction”