Multi-tasking in the classroom 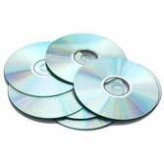 Lots of coursebooks come with loads of extra materials these days, but do our students actually use them outside the classroom?  I think it’s all very well for us to say, “Check out the CD-rom, it’s got some great games on it!” but unless we show them what it can do and how it can be used, a lot of those CDs will just get lost in a drawer.

So, the other day I decided to show my 11 year olds the CD-rom and give them a chance to play some of the games, hopefully enticing them to do more at home.  However, with a class of students, it’s a bit tough to have them all playing on it at the same time.  So I put on the board a series of exercises, each of which would take ten minutes each and we rotated in pairs.

1. Playing on the computer

2. Board game to practise the past simple

3. Write and practise a dialogue about your holidays

It worked really well – everyone was engaged in what they were doing at that time and I didn’t have any problems with fast finishers.  It meant a bit more work for me as not everyone was doing the same thing at the same time and I sometimes found myself repeating things to each pair, but it made a nice change from a “normal” class and at the end of it, I would say that we’d achieved more than we would have done doing all the activities together as nobody was distracted by what other people were doing and pairs didn’t start chatting to other pairs.